Here one will find some useful codes in the basic-codes directory, for creating applications on pepper robot using python language.

Pepper control including movement, speech and camera programs using speech and command line can be found in the remote directory.

Pepper's one of the major application created is found in object-detection directory, it implements exploration and mapping in an unknown environment based on a graph algorithm which works in RealTime as pepper moves by identifying and plotting nodes which are represented using matplotlib. And at every node reached we can make pepper do some task here it captures pictures of the environment and gives it to a DL server, which by using YOLO finds objects in the captured feed from pepper.

If having a trouble while adding the python package on mac follow this repo. 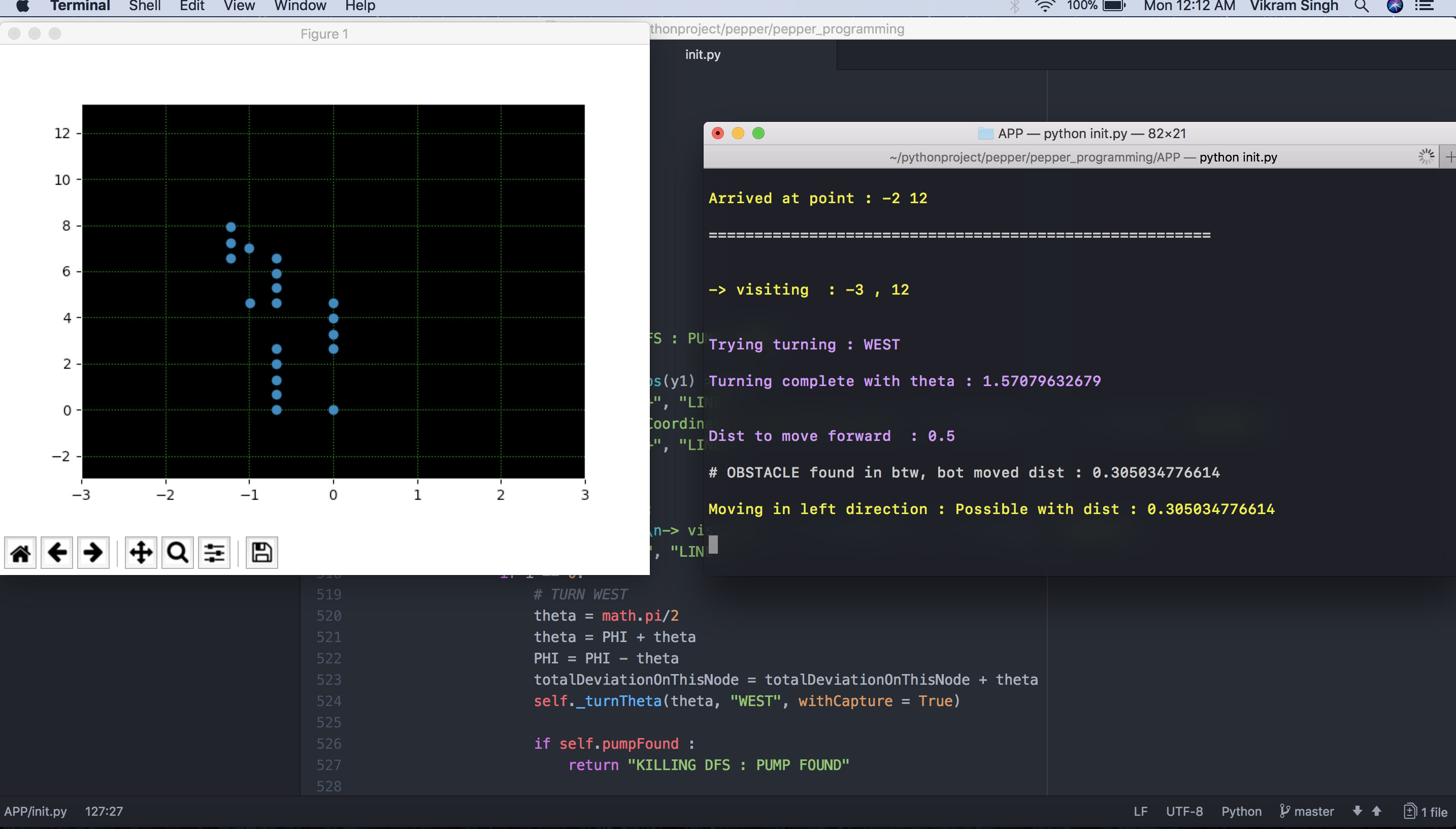 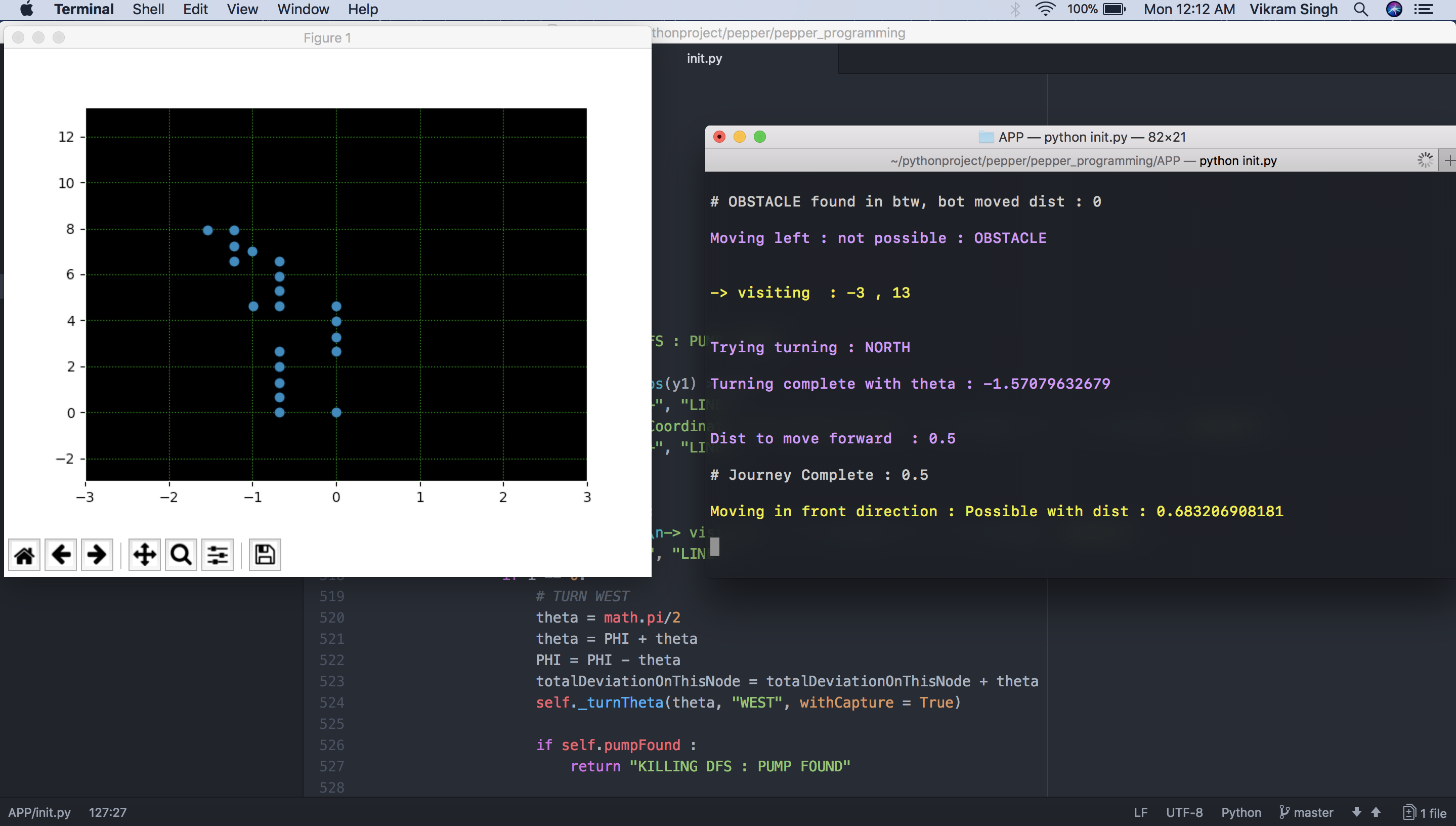 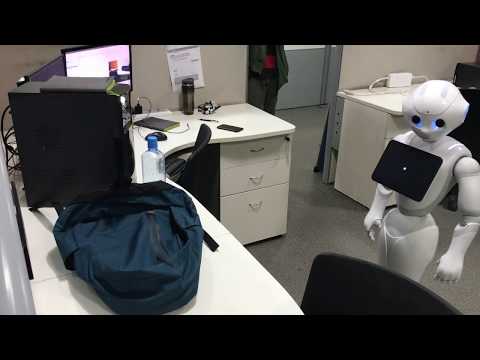 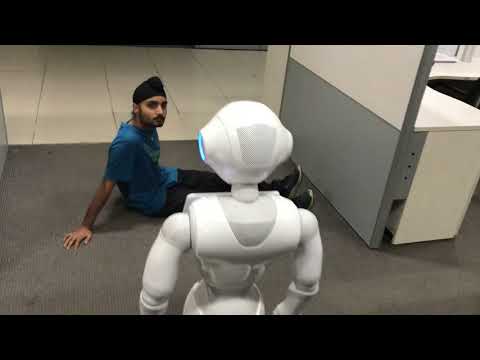 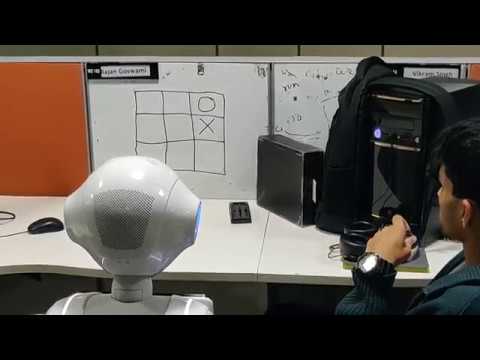