An IDA Python plugin to extract information from string constants. The current version of the plugin is able to:

When the Python script is executed from within IDA it builds a list of ASCII and Unicode strings found by IDA and then applies a series of regular expressions to extract source code filenames, directories and candidate function names. Then, it shows 3 tabs with information:

Here are some basic screenshots of this IDA Python script functionality: 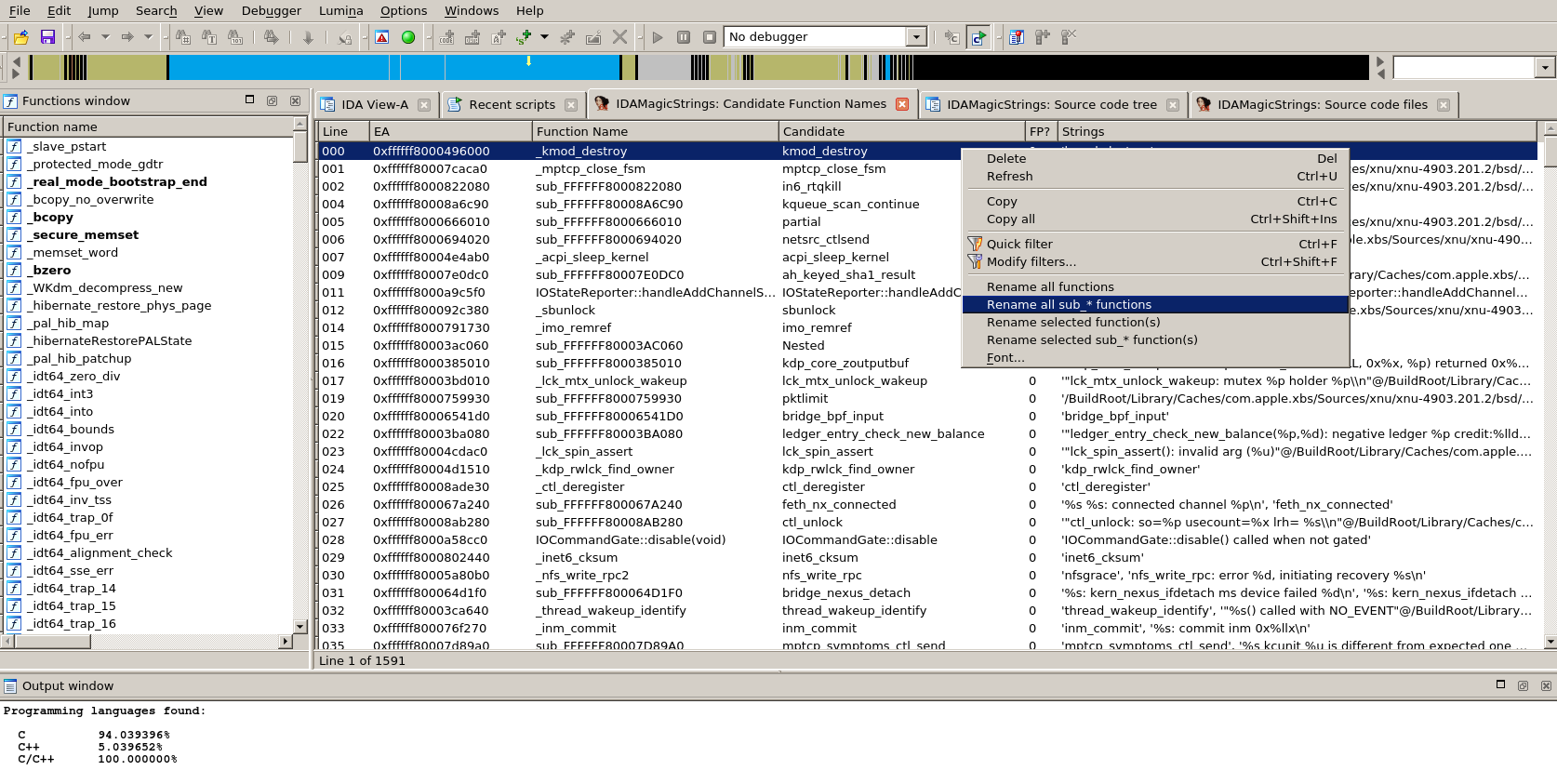 The plugin is licensed under the GNU GPL v3 license.