This package implements fast/scalable node embedding algorithms. This can be used to embed the nodes in graph objects. We support NetworkX graph types natively.

You can also efficiently embed arbitrary scipy CSR Sparse Matrices, though not all algorithms here are optimized for this usecase. 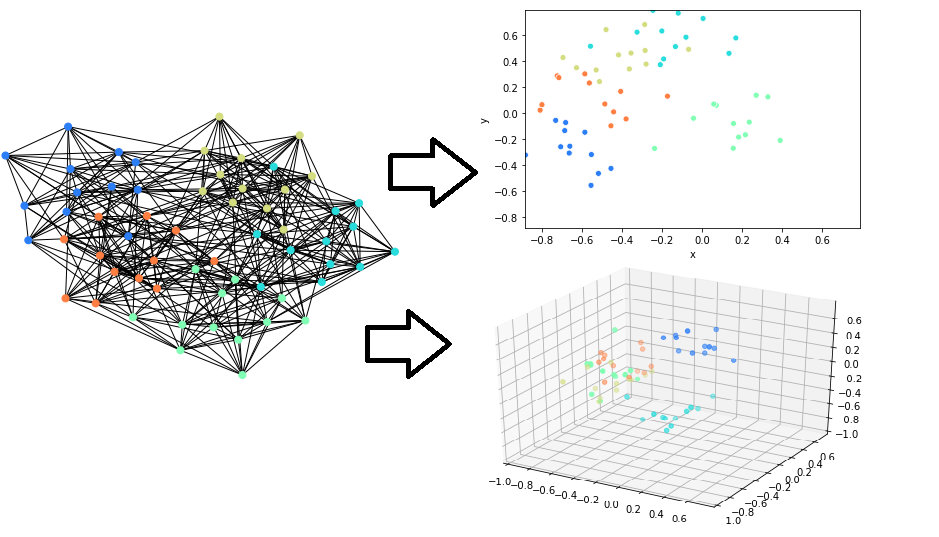 Warning: Saving in Gensim format is only supported for the Node2Vec model at this point. Other models build a Dict or embeddings.

NetworkX doesn't support large graphs (>500,000 nodes) because it uses lots of memory for each node. We recommend using CSRGraphs (which is installed with this package) to load the graph in memory:

The ProNE and GGVec algorithms are the fastest. GGVec uses the least RAM to embed larger graphs. Additionally here are some recommendations:

GGVec can be used to learn embeddings directly from an edgelist file (or stream) when the order parameter is constrained to be 1. This means you can embed arbitrarily large graphs without ever loading them entirely into RAM.

Why is it so fast?

We leverage CSRGraphs for most algorithms. This uses CSR graph representations and a lot of Numba JIT'ed procedures.