BeakerX is a collection of JVM kernels and interactive widgets for plotting, tables, autotranslation, and other extensions to Jupyter Notebook.

The documentation consists of tutorial notebooks on GitHub. You can try it in the cloud for free with Binder. And here is the cheatsheet.

BeakerX is the successor to the Beaker Notebook (source code archive). It comes from Two Sigma Open Source. Yes we are hiring.

This README is for developers. Users should see the documentation on the homepage for how to install and run BeakerX.

Build and Install (linux and mac)

Build and Install for Jupyter Lab

The kernels are installed to run out of the repo, so just a local build should suffice:

The notebook extensions are installed to run out of the repo, so just a local build should suffice:

The Java and TypeScript unit tests are run with every build. See test/README.md for how to run the e2e tests. 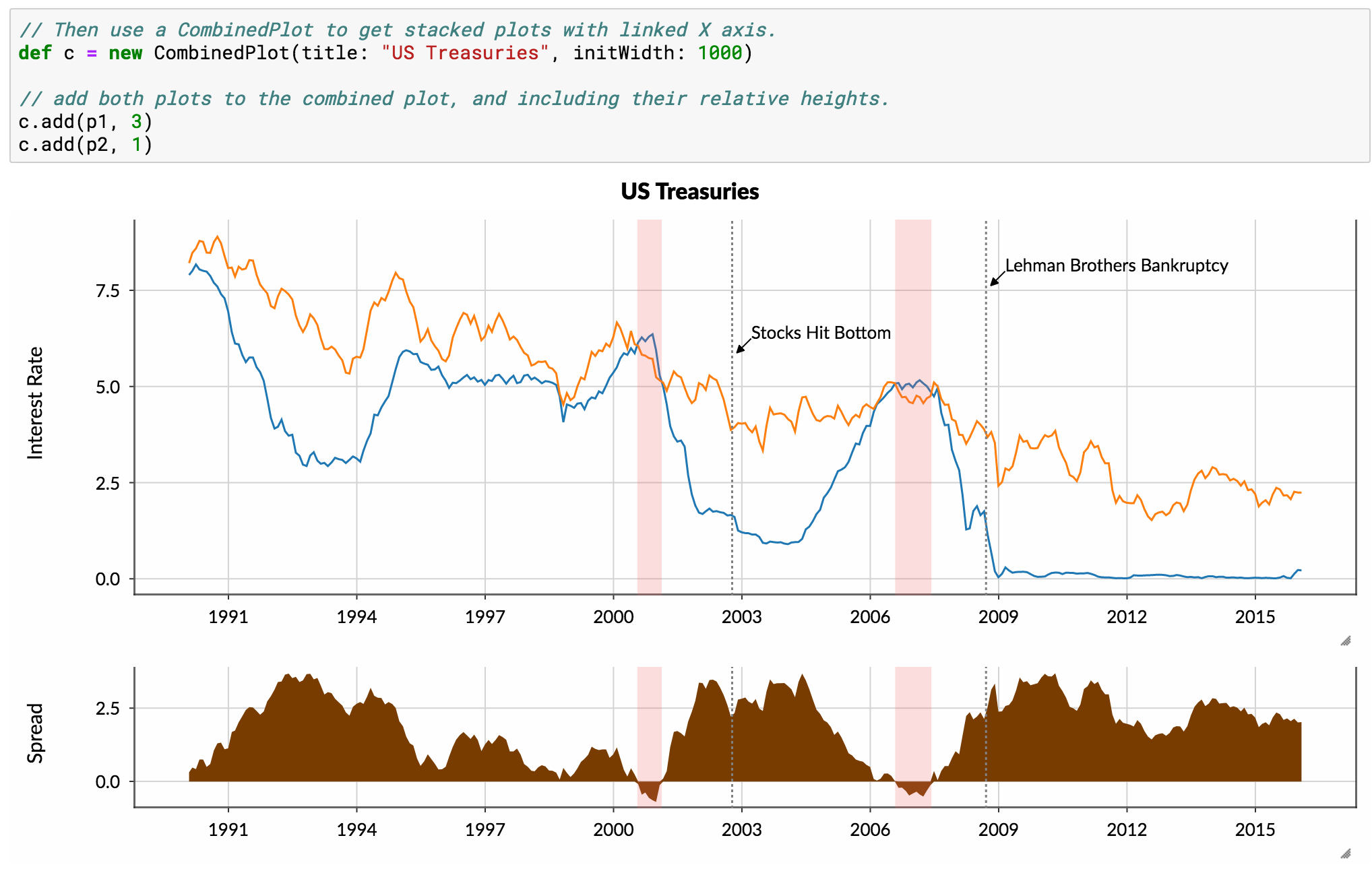 Autotranslation from Python to JavaScript and D3 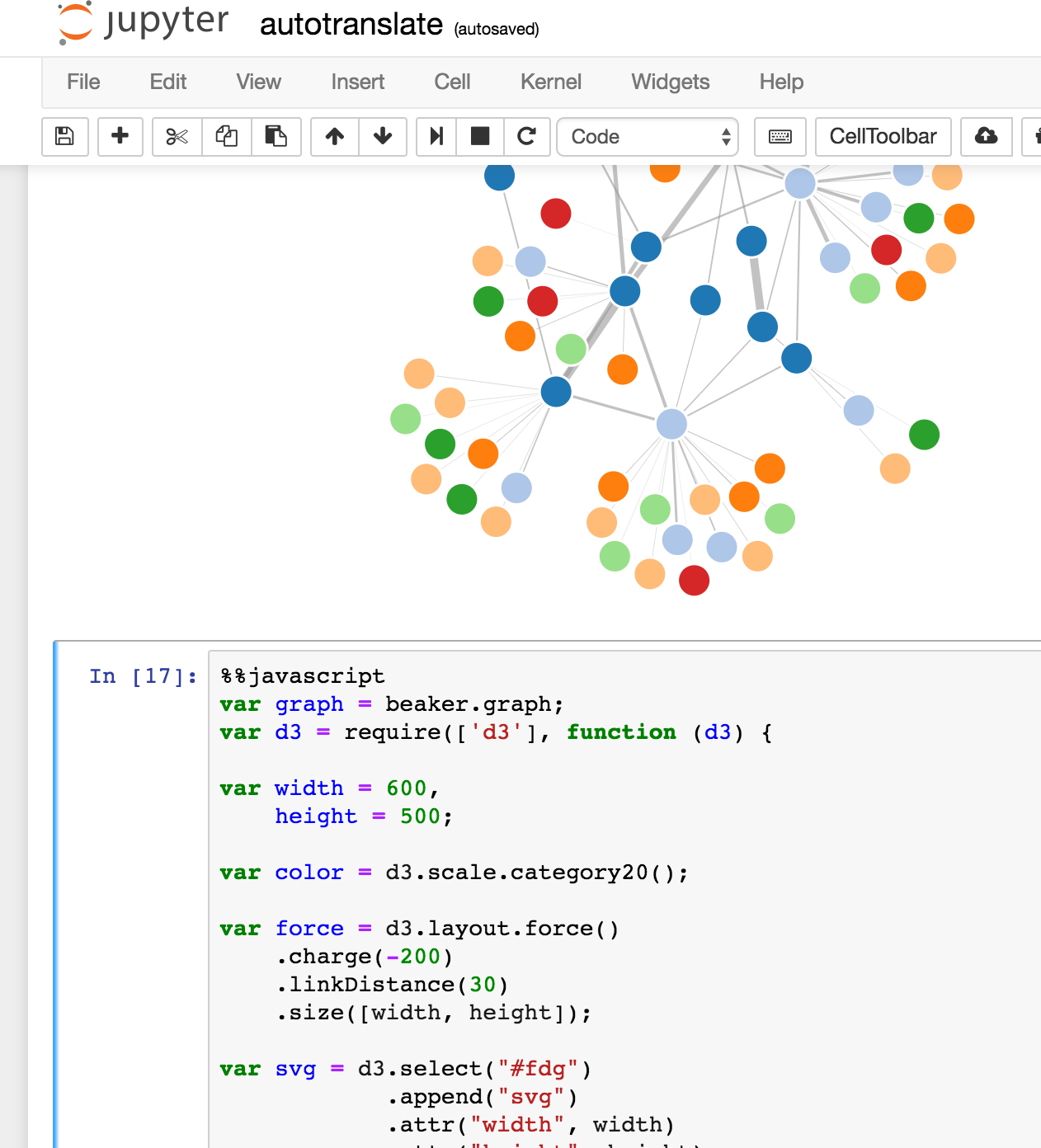 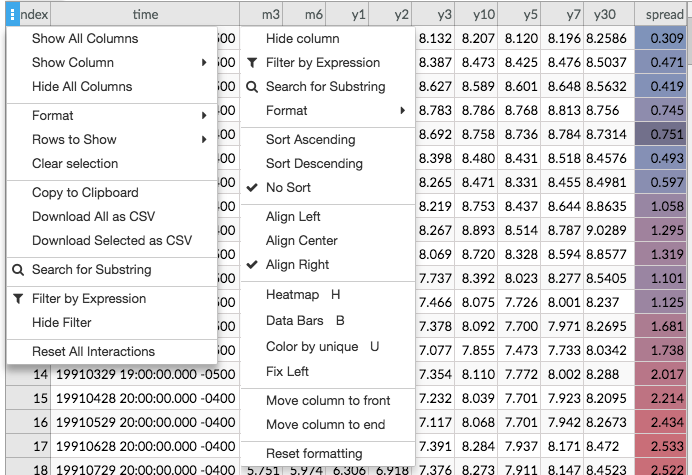 BeakerX is a collection of kernels and extensions for Jupyter. The code is organized into subdirectories as follows:

BeakerX contains and depends on many projects including:

The kernel is originally derived from lappsgrid, but has been rewritten in Java and refactored and expanded.

H2 database engine This software contains unmodified binary redistributions for H2 database engine (http://www.h2database.com/), which is dual licensed and available under the MPL 2.0 (Mozilla Public License) or under the EPL 1.0 (Eclipse Public License). An original copy of the license agreement can be found at: http://www.h2database.com/html/license.html