GdxDemo3D is a game project built with libGDX, demonstrating various aspects of the game library, as well as its extensions, such as the physics engine Bullet wrapper and the artificial intelligence library gdx-ai. 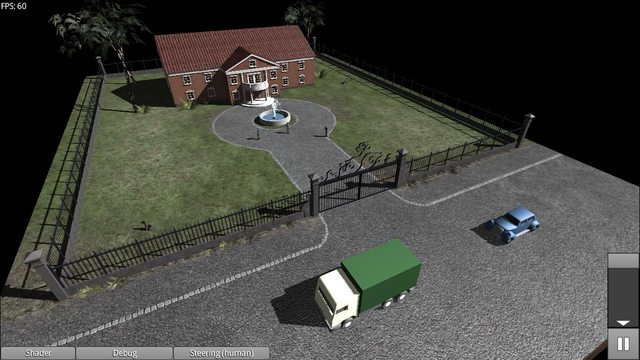 A simple 3D world is included, with a multi storey house and various other items. 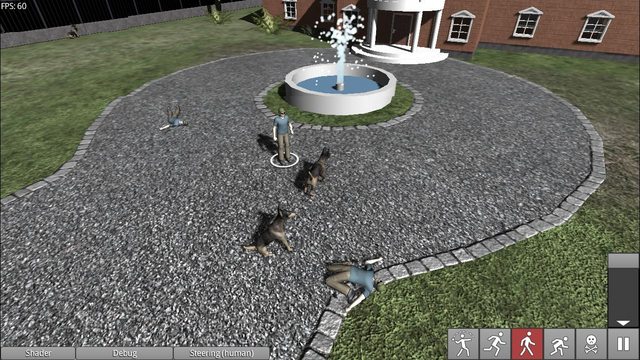 Animated human and dog characters are used as actors in the world. Ragdoll physics allows for dynamic character animation when a human falls down. 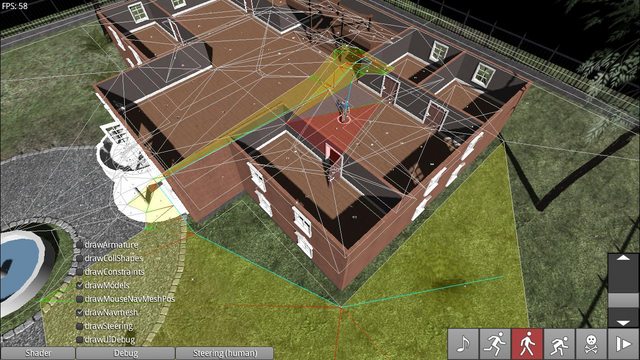 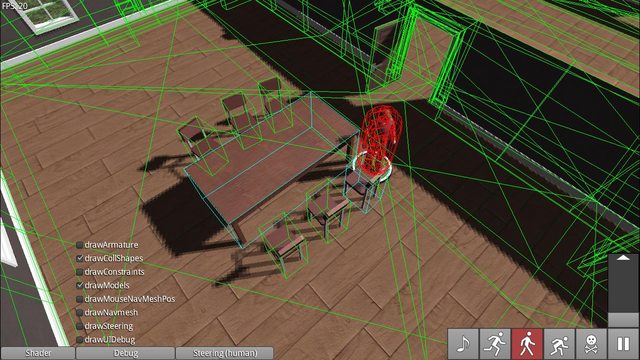 The Bullet physics library is used to handle collisions and forces between objects. 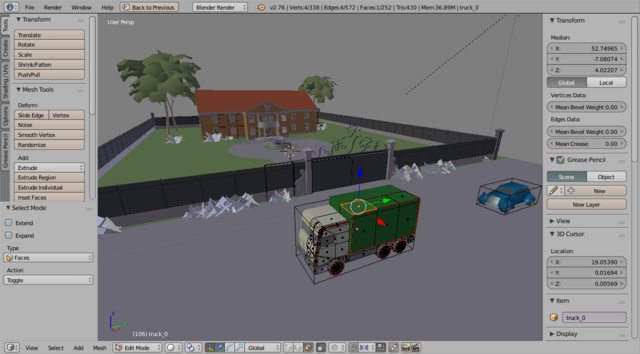 Objects in the world can be modified directly in Blender and exported into the game with an automated script.