The analyzer reads the save game produced by Victoria II (it's a strategy game, look it up) and presents all the wars in a family-friendly way. The program retrieves all the data that can be retrieved from the save file, such as total losses in a war, all the battles, wargoals and the war participants.

Most of the counties have a flag with them. Originally I planned to find all of them from the Victori II directory, but it converting .svg to a format usable by JavaFX turned out to be too difficult.

This analyzer is NOT a fully-fledged save game analyzer. It does one thing and does it reasonably well. 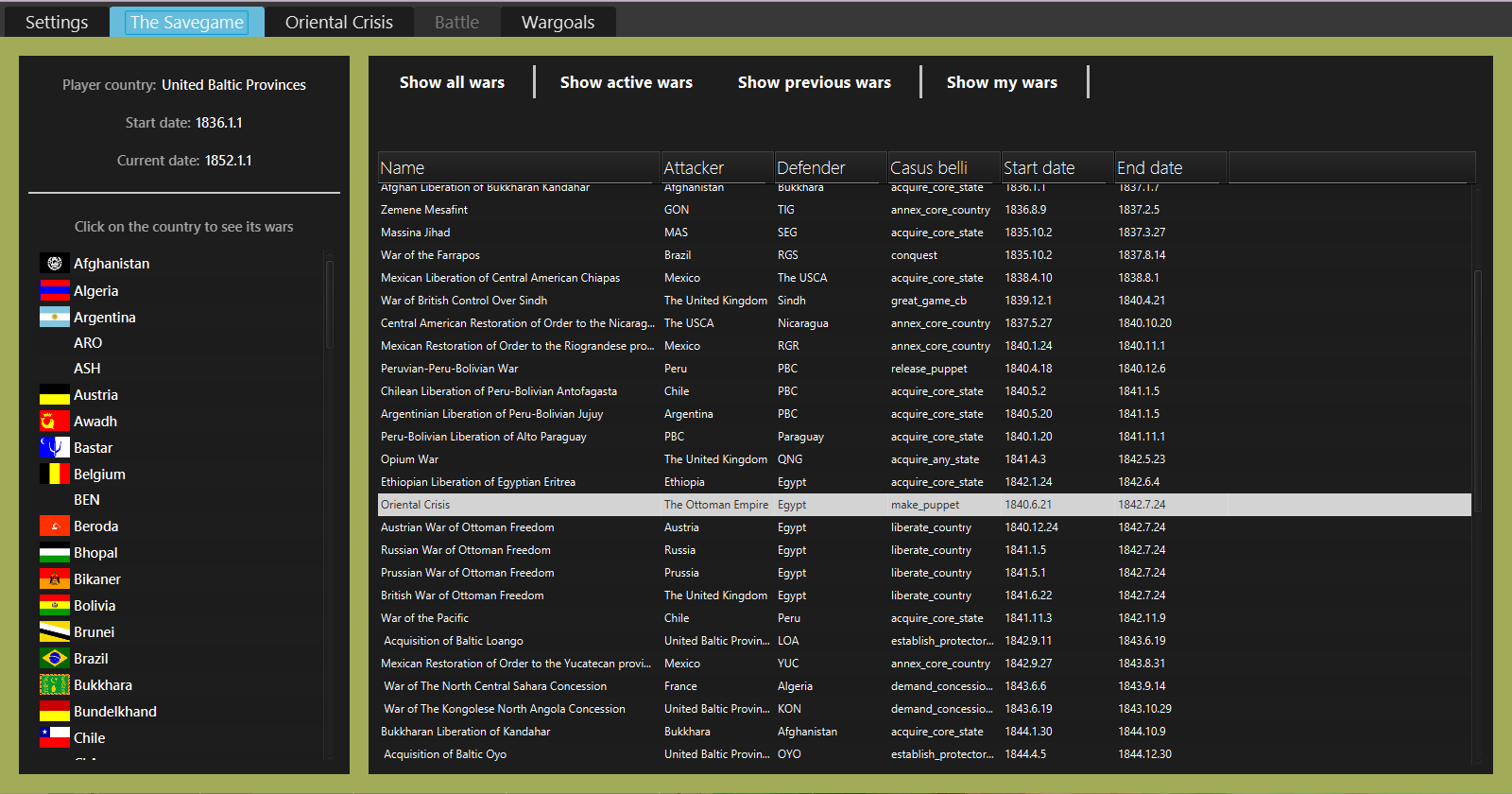 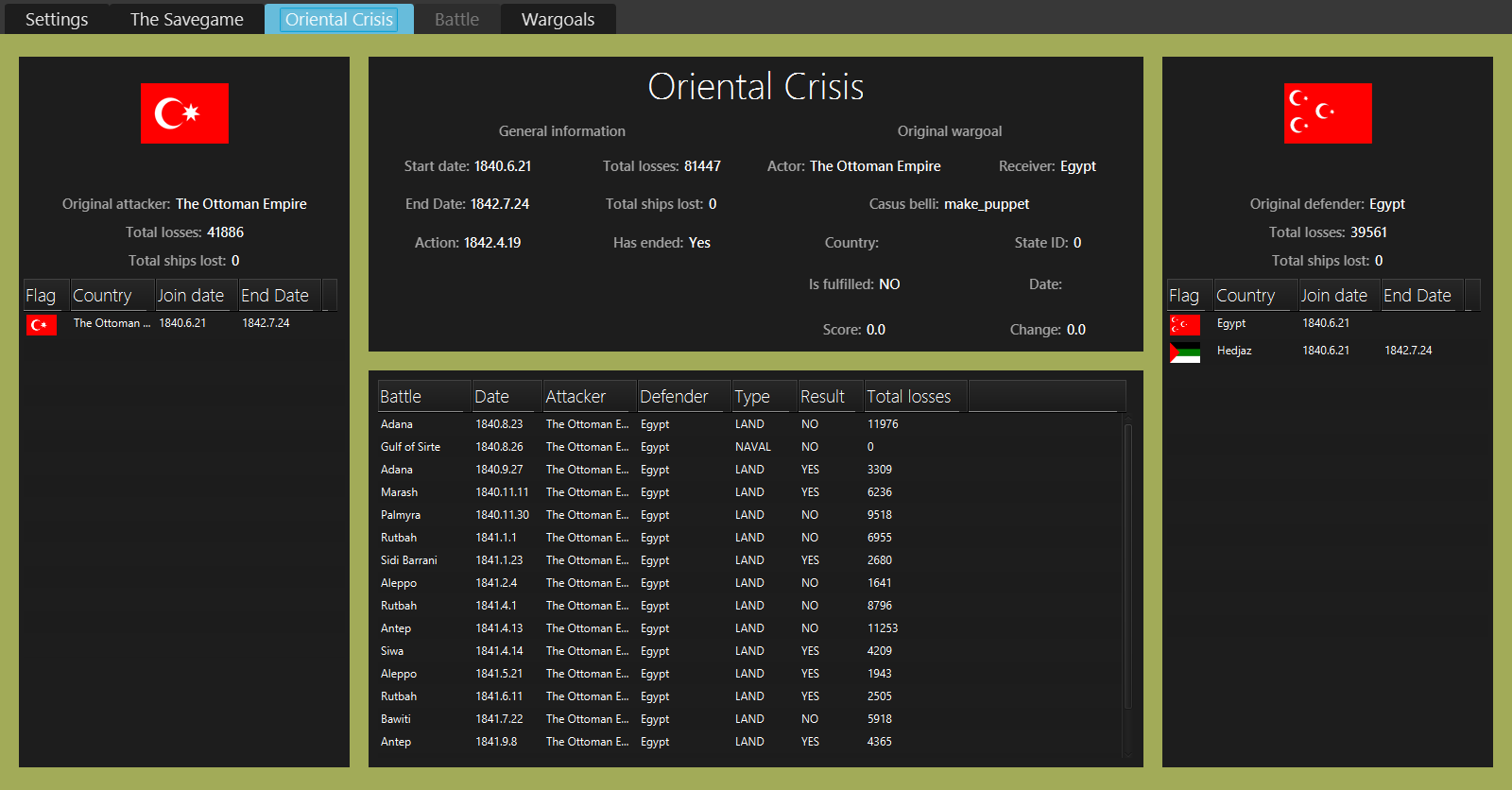 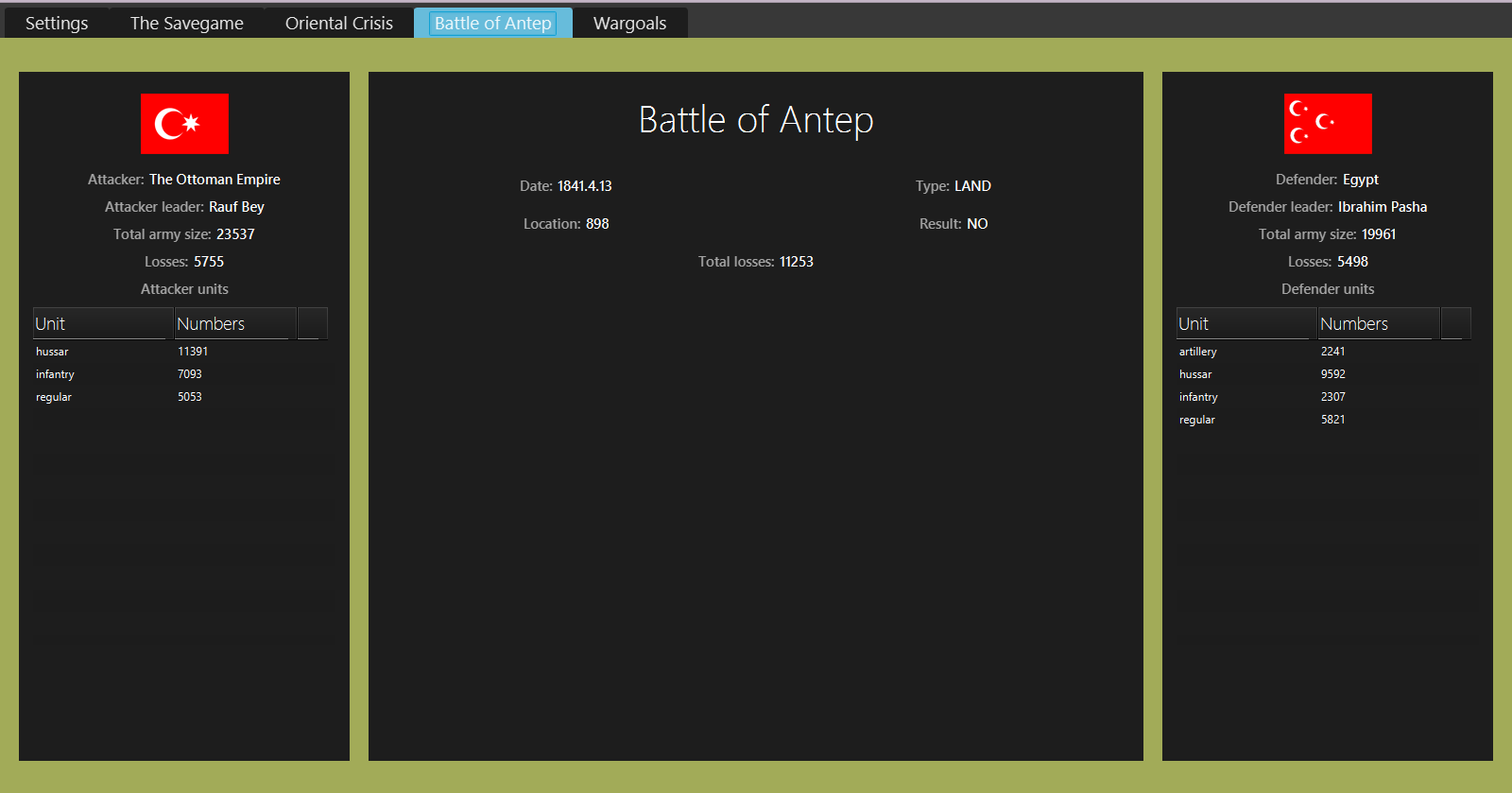 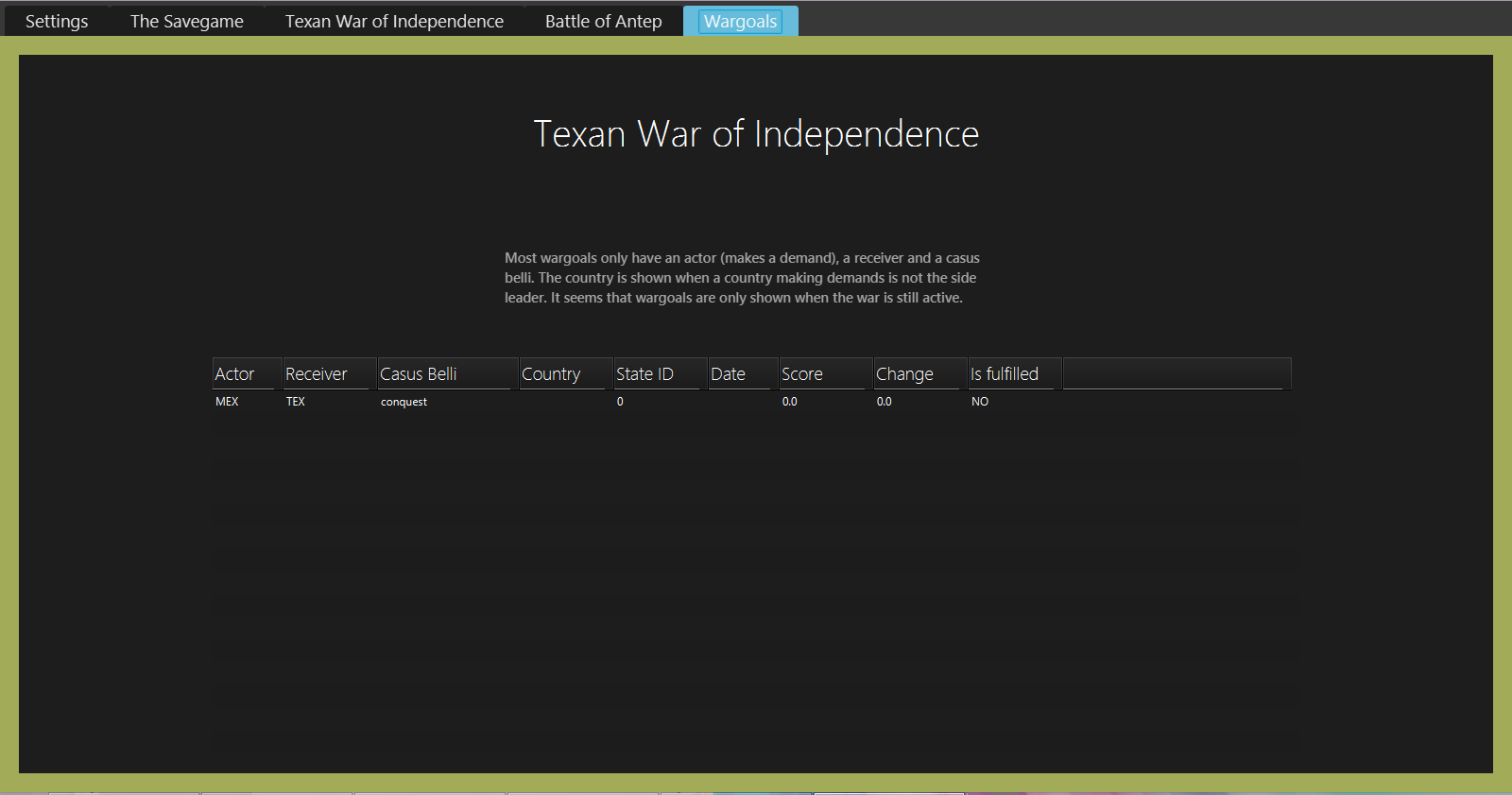 If you really want to build your own version of this then go right ahead. I'm going to assume you know what Maven is and how to install it. You need to have Java 8.

The UI design was made by me and with Java 7 it looked fine. With Java 8 it doesn't. Thanks, Oracle. Due to this, some words will be hidden and some tables will have empty columns.

The internal architecture is horrible and should be rebuilt from the ground up. Also, most comments are now outdated.

This project was my first big Java project. I started working on it in April 2013 and released it in the Paradox forums. Then I forgot (or avoided) this project because I the code was so horrible. But around 1500 people downloaded it from the Paradox forums, so that was nice.

The save game is read in by a hand-made parser. Suprisingly, it works.

In April 2015 I finally got around to making it work with Java 8. I replaced the mostly static variables with object-oriented programming. I also replaced the Ant build with Maven.