OSTMap development started as a project at the IT-Ringvorlesung 2016. A team of six students (and some help of two big data experts from mgm tp) implements OSTMap over a period of 6 weeks.

OSTMap reads geotagged data from the twitter stream. We save it to an small hadoop cluster (1 master, 4 worker nodes) running HDP 2.4 with Apache Accumulo and Apache Flink. In addition we have a user interface to search for tweets by a term search and a map search. The results are presented as a list or on the map. In addition we run analysis batch jobs on this data. 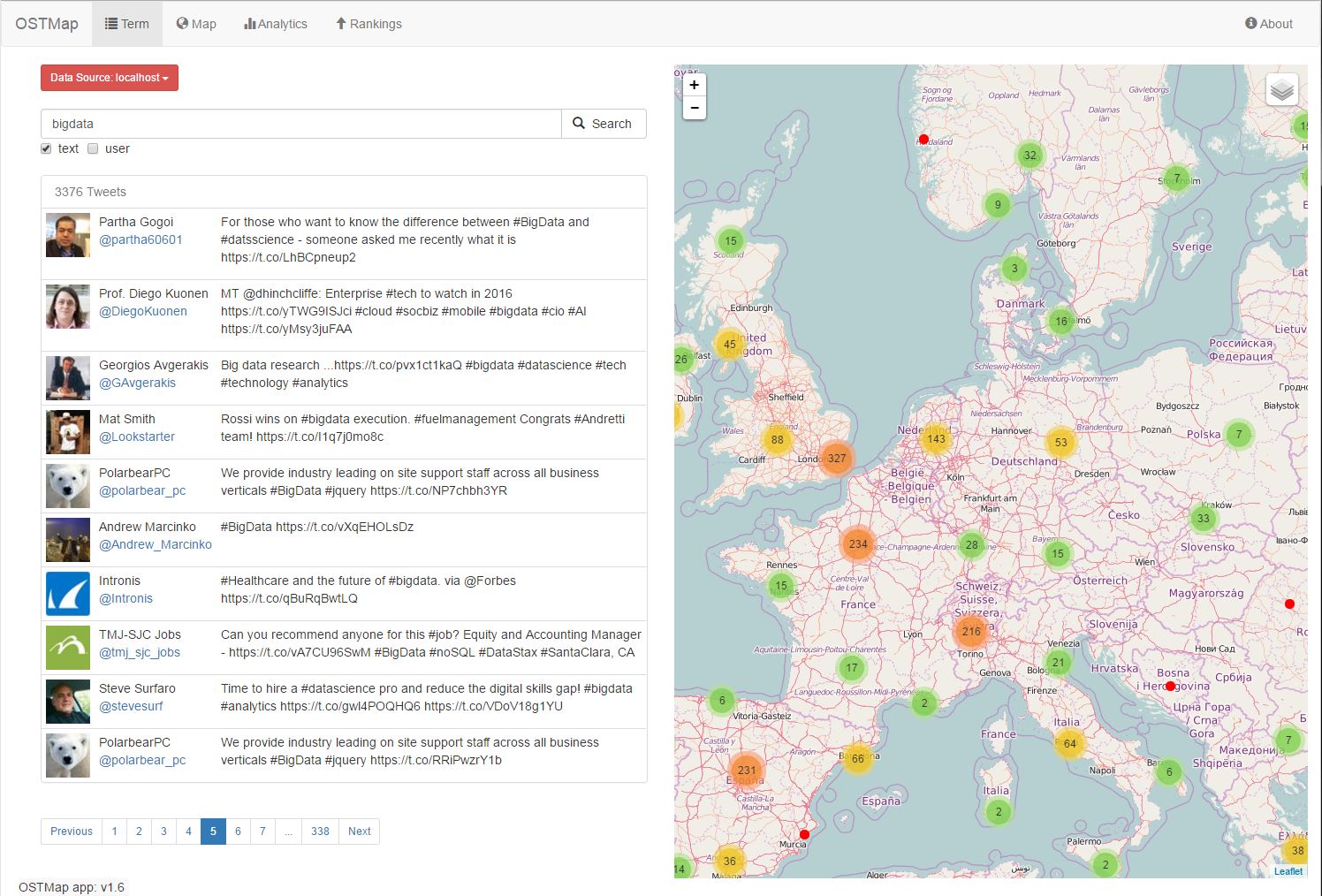 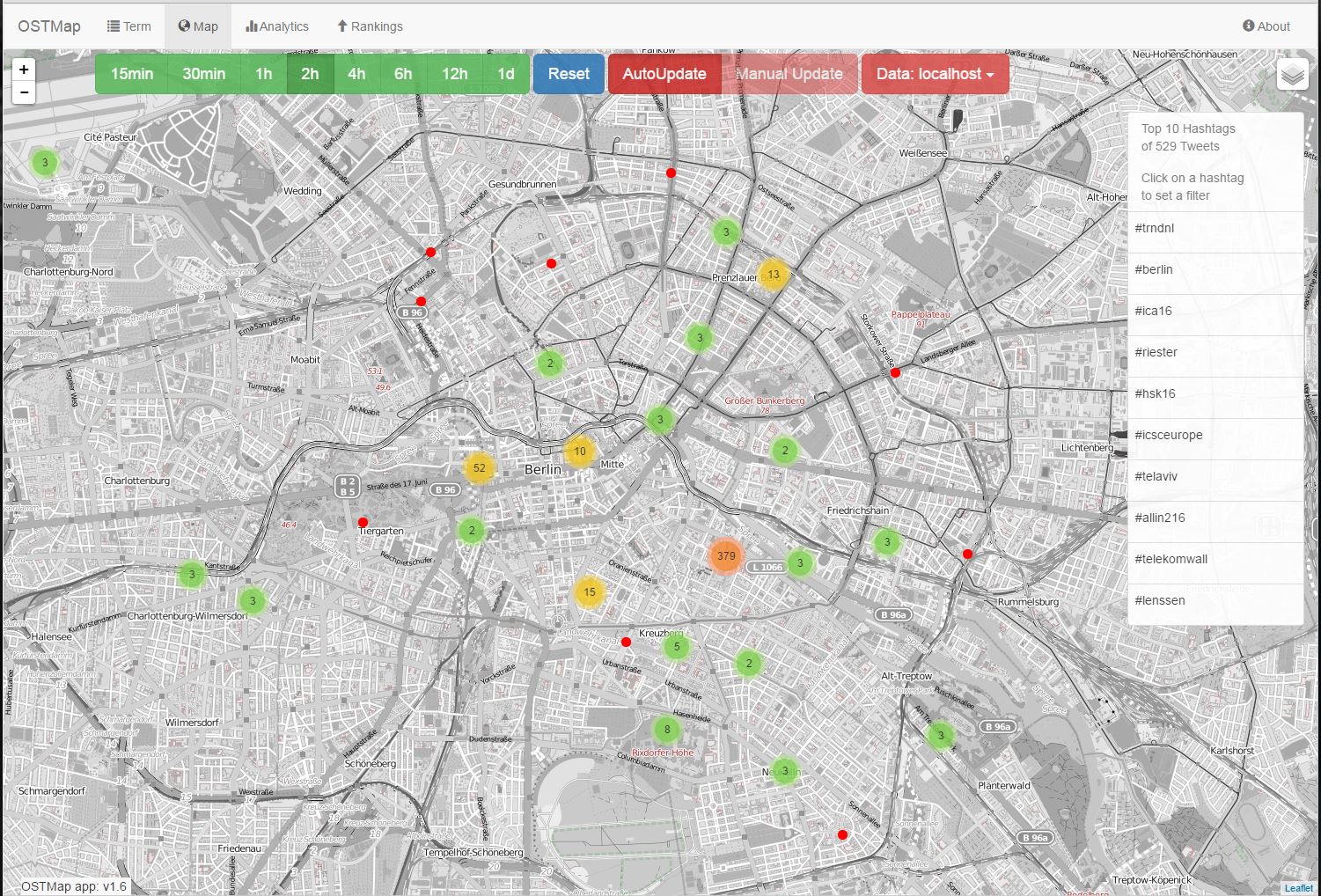 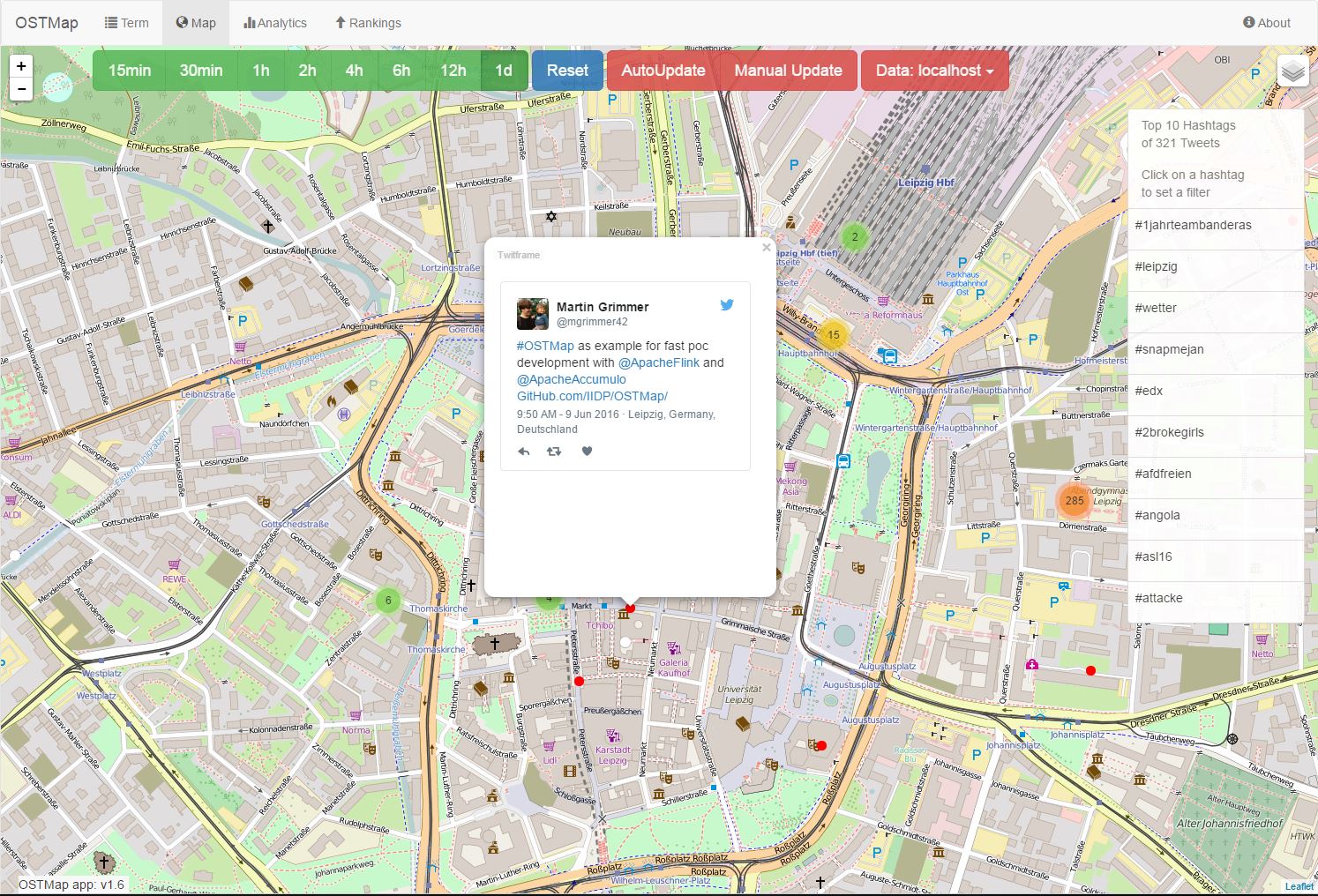 Demo of the map mode: http://ostmap.scads.uni-leipzig.de/#/map