Why is it needed?

Any big distributed environment is inherently complex and chaotic. This complexity arises due to the complex dependencies between different services. The variability of the requests and responses that this environment is exposed to makes it a chaotic place

Caches act as sentinels in a distributed environment. Although their primary function is to reduce latency, when used appropriately they excel at bringing predictability to a system. That’s because a cache request is extremely predictable, with almost no variability, either in response times or the load per request. One could say that there is positive co-relation between the percentage of Cache hits and the predictability of a system/environment. 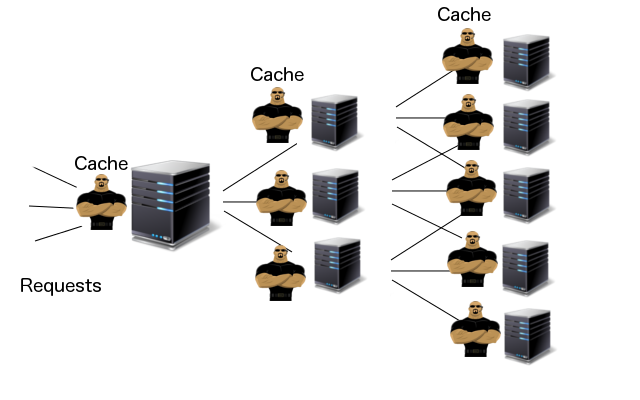 Every time there is a cache miss the environment and SLAs become a little bit more vulnerable. In this context, the common cache usage pattern of expiry based on a ttl and subsequent re-population seems risky. Using cache expiry as a proxy/trigger for cache synchronization exposes the underlying system to potentially harmful request pattern load for the duration of synchronization.

The time between t1 and t2 is the duration of exposure. The predictability of the target service and all the services it depends on during this time is affected by the per request load and the qps of all requests that result in a cache miss for c1. 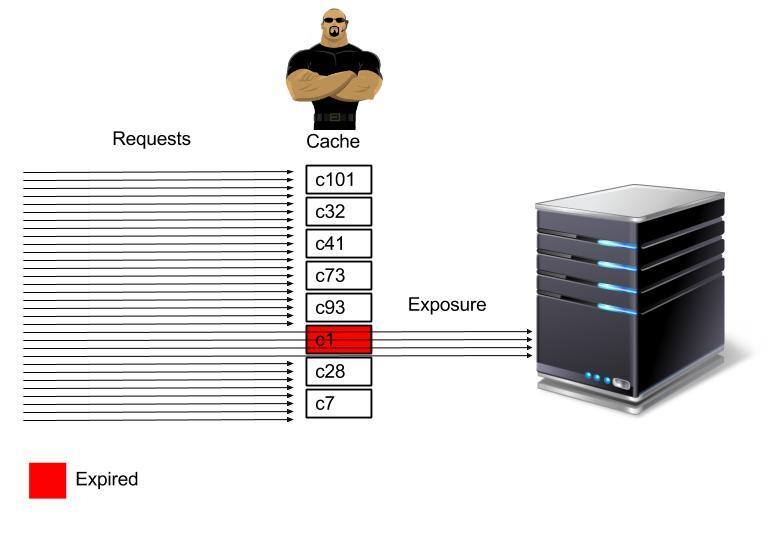 What would be good to have is a cache library with regular caching semantics but one that accommodates refreshing a cache entry rather than expiring it based on ttl. This is exactly what GraceKelly is, it’s inspired by Gooogle Guava’s LoadingCache.

What does it do?

GraceKelly tries it’s best to refresh the cache entry that has expired. The refresh lifecycle is purely request triggered and doesn’t monitor/maintain the cache. For every request

Note that a cache entry is never removed(though it can be evicted by size constraints).

This does two things. 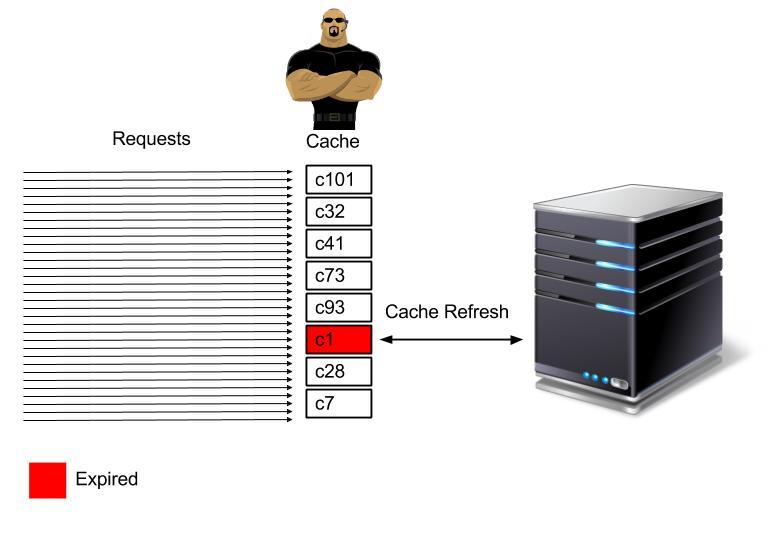 The library has a single Class Kelly that takes implementations of two different interfaces a CacheProvider and a CacheLoader. They pass around a CacheEntry

Kelly is the primary class for Gracekelly that reloads cacheEntries when they expire. It has a very simple interface for usage.

One has to note that expired entries are not replaced as soon as they have expired but an attempt is made to refresh them using the CacheLoader the first time an expired CacheEntry is encountered during a get request.

The CacheProvider interface is used to implement adapters to different cache implementations where the cached values are finally persisted and retrieved from. For eg: one would implement a CacheProvider for couchbase or memcached.

A trivial CacheProvider implementation for a local cache with a ConcurrentHashMap could look like the following.

The CacheLoader provides a single method to reload cache, based on an existing entry in the cache. The implementation of CacheLoader should be able to reload the cache given the key of the and the previous value of the CacheEntry.

The CacheEntry class is a simple java object that holds data required to get, put and invalidate a cache entry. The generic parameter indicates the type of the object that will be stored against the given key. usage is as follows, where the ttl is in seconds

Add the following repository to your pom.xml

And add the following dependency to start using GraceKelly in your maven project.

The api docs can be found here

For bugs, questions and discussions please use the Github Issues. Please follow the contribution guidelines when submitting pull requests.

Licensed under the Apache License, Version 2.0 (the "License"); you may not use this file except in compliance with the License. You may obtain a copy of the License at